Seventh-day Adventists are devoted to helping people understand the Bible to find freedom, healing, and hope.

About the Adventist Church:

The president of the Seventh-day Adventist Church in Sri Lanka asked for worldwide prayers for a congregation of nearly 80 members that local authorities are seeking to disband at the request of Buddhist monks. 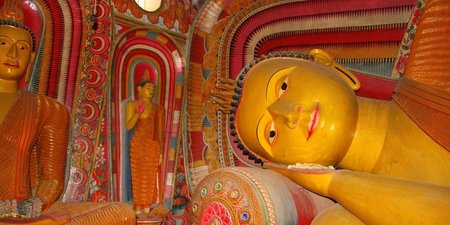 The congregation’s struggle in the village of Pitabeddara, located in the south of the predominantly Buddhist island state, comes after Buddhist monks forced the closure of another Adventist church and amid a growth in religious liberty concerns around the world.

Adventist believers are worshiping in the Pitabeddara house-church, which is also the pastor’s home, despite an order from the authorities to disband, said George Wambeek, president of the Sri Lanka Mission of Seventh-day Adventists.

A court in the capital, Colombo, is scheduled to consider an appeal made by the pastor for freedom to worship in the house-church on May 7.

Wambeek said there was no easy solution to the threatened closure, and he appealed to church members to pray.

“We have 77 believers in this company, and many more are waiting to join,” he said. “But due to this threat and opposition by Buddhists monks, the church can’t develop.”

The pastor ignored the order to disband because the top local governing body, the Cabinet, was not involved in the decision and he saw it as an attack on religious freedom instigated by Buddhist monks, Wambeek said.

He described the pastor, a former police officer, as “very bold” and “burning to work for the Lord and bring in souls to the church.”

“The lawyer who is fighting this case for us also advised us not to stop worshiping because this was an instigation by anti-Christian groups led by Buddhist monks,” he said.

The church’s options appear limited. If it doesn’t win the court case, church members could complain to the national human rights commission in Colombo that they are being deprived of their right to worship freely and ask that it intervene, church leaders said.

While a trip to Colombo might work in the church’s favor, it also might create additional problems. The Buddhist monks could agitate the masses, causing unrest in the community, and then accuse the Adventists of disturbing the peace.

Seventy percent of Sri Lanka’s population of 20.5 million identifies itself as Theravada Buddhists, while 12 percent are Shaivite Hindus, and 10 percent are Muslims. Christians account for about 7.5 percent of the population, and 6 percent of those are Roman Catholic.

The Adventist Church, which first entered Sri Lanka in the early 1900s, has about 3,300 members worshiping in 60 congregations across the country, according to the latest figures from its Office of Archives, Statistics, and Research.

The church has faced trouble in Sri Lanka before. A pastor and several other church leaders were beaten earlier in Deniyaya, located about 20 miles (32 kilometers) from the house-church, and the Adventist Church lost its house of worship in that town.

Fears about religious liberty are not limited to Sri Lanka. In late March, the Adventist Church expressed concern about two church members who were detained in Muslim-dominant Bangladesh on unclear allegations linked to religious freedom. Last August, Hindu activists threatened to seize an Adventist church in an Indian village after reconverting its last members.

“Unfortunately, what is happening in Sri Lanka is not new but the result of growing religious intolerance,” said John Graz, director of the religious liberty and public affairs department of the Adventist world church.

“When religious freedom is attacked, all freedoms are in danger,” he said. “I hope the government and the people of Sri Lanka will allow the house-church to continue to worship.” 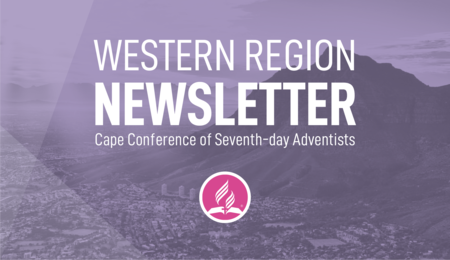 Seventh-day Adventist beliefs are meant to permeate your whole life. Growing out of scriptures that paint a compelling portrait of God, you are invited to explore, experience and know the One who desires to make us whole.

A Global Family of Faith

We use cookies to personalize content and ads, to provide social media features, and to analyze our traffic. We also share information about your use of our site with our social media, advertising, and analytics partners.